Hunter Imaging provide essential medical services, and remain operational during the current lockdown. If you are not experiencing any symptoms (see below) we encourage all patients to attend for their scans.

Hunter Imaging continues to treat the current COVID-19 risks very seriously. The welfare of patients and staff is our first priority and we have policies and procedures in place to ensure their safety. As the current alerts are changing daily, some of our services may be impacted. Hunter Imaging will continue to follow the NSW Health Department guidelines.

Symptoms of COVID-19 can include fever OR an acute respiratory infection, cough, sore throat, fatigue and shortness of breath, with or without a fever. If you have these symptoms, please delay your visit until you have recovered, as you may be refused service otherwise. 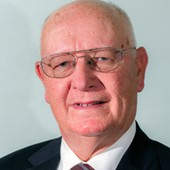 Dr Aho has special interests in:

In 1977 Dr Aho became a founding partner in NSW Xray which grew to have 10 Radiologists and 15 Western Sydney Xray practices.